Old recipes, in case you didn’t get the memo, are the bomb. While I still haven’t really gotten my head around shrimp cocktail (iceberg lettuce and thousand island dressing may have scarred me for life), I am falling in love all over again with things like Beef Wellington, Crepes Suzettes and one of my all-time favourite retro nibbles, Caesar salad.

Crisp romaine or cos lettuce, croutons, anchovy, olive oil and bucket loads of parmesan cheese – what’s not to like? (Now don’t run for the hills at the mention of anchovy because, with a deft hand, these tiny ocean gems give a deep umami base note to Caesar dressing instead of fishy scaryness.)

In days gone by Caesar salad was a bit of performance dish, with the salad and dressing assembled in a wooden bowl in front of patrons. Dinner and a show. Being a bit of a planner, I whip up the dressing beforehand. Well beforehand in fact, because I think it improves with standing. You could just make an ordinary Caesar, but where’s the fun in that? So here it is: Chicken Caesar Salad Sarmies.

Instead of the croutons, I drizzle slices of ciabatta with olive oil and grill them until they’re golden and crunchy. Instead of adding Worcestershire sauce to the dressing, I marinate the chicken breasts in it. Not only does it give them extra flavour, but it banishes that anaemic look I find so disturbing in chicken breasts.

You can grill the bread and chicken in a griddle pan, but it’s even better on the braai (barbeque). Isn’t everything? Put out a platter of lettuce leaves, a big bowl of Caesar dressing, a block of parmesan cheese and some lemon slices for those who like it extra tangy, and let everyone help themselves.

To make the Ceasar salad dressing, finely mash together the anchovies and crushed garlic clove with the sea salt. Place in a deep bowl. Add the egg yolk and Dijon mustard. Drizzle in first the 2 tbs olive oil and then the 3 tbs sunflower oil a drop at a time while constantly whisking. (You can use a balloon whisk, but I take the easy way out and use my trusty ancient handheld electric mixer.) As you drizzle in the oil and whisk, the dressing will emulsify and become velvety. Stir in the lemon juice, parmesan and a very generous grinding of black pepper.  Cover and place in the fridge for at least an hour.

Cut the chicken breasts in half lengthwise so you end up with two thinner breasts. Place each slice between two squares of cling film and whack it briefly with a rolling pin. (This is not essential, but it does even out the chicken, ensuring that the breasts cook evenly.) Place chicken breast slices in a bowl and pour over 2 tbs of Worcestershire sauce and 3 tbs olive oil. Cover and refrigerate for at least an hour.

Braai the chicken breasts over hot coals, remove and set aside. Brush the ciabatta slices on both sides with olive oil and braai until crispy and golden. Remove and lightly rub on one side with the clove of garlic. Serve with lettuce, the Caesar salad dressing, slices of lemon and lashings of extra parmesan. If you don’t fancy making this on the braai, a griddle pan is perfect too.

To make an ordinary Caesar salad, follow this recipe as is but leave out the chicken and replace the slices of bread with croutons. Toss everything together, grate over extra cheese and serve immediately. Make croutons by frying blocks of bread in olive oil, or drizzling them with olive oil and baking them in a medium oven until golden.

If you’ve avoiding starch, turn this into a main meal by replacing the bread with half a sliced avo. Or stack some tender steamed green asparagus on the chicken.

My choice with this is a Sauvignon Blanc or a Chardonnay. 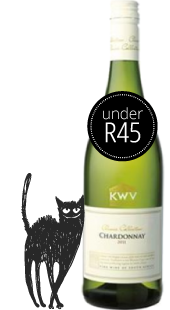