Living in Cape Town, I’m in the fortunate position of being able to go the Waterfront for a bit of retail and restaurant R&R rather often. But in all these years (and I am not saying how many for fear of age stamping) I’ve never, ever eaten a burger at the Waterfront. All that changed recently, when I was invited to have lunch at Gibson’s. If the word ‘burger’ gets your attention and you’re in Cape Town, Gibson’s is where it’s at. Previous winner of the Best Burger Eatery award in the Eat Out Mercedes-Benz Best Everyday Eateries competition, Gibson’s has no fewer that 44 burger choices on their menu. Their mission? To create ‘The Ultimate Burger’. 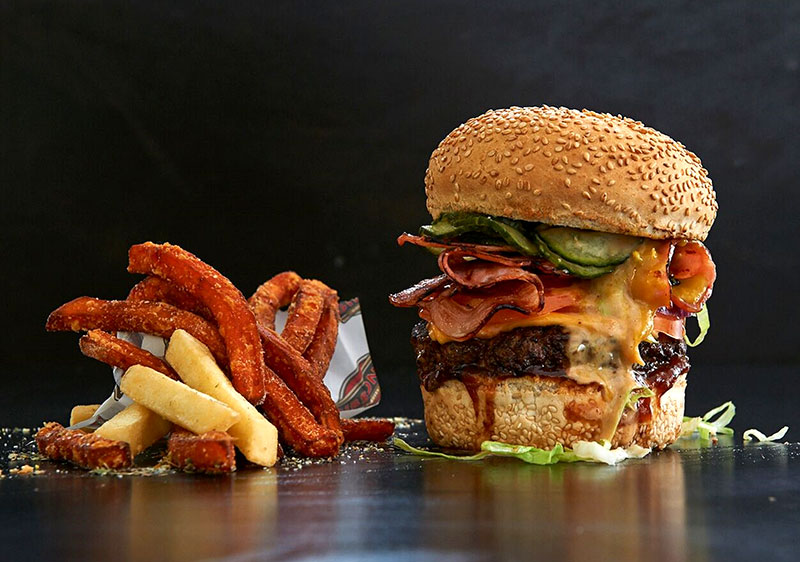 As part of this quest, the owners visited the ‘Burger Capitals of the World’ – Chicago, New York and Las Vegas to see how they do it. Then they tapped into the expertise of the Master Butcher at Belthazar’s (their sister restaurant) and got feedback from hundreds of burger tastings with colleagues, friends and customers.

The result? Nothing but pure grain-fed beef, flame-grilled to perfection with lashings of their best-kept-secret basting. It gets placed on a home-baked, lightly-toasted sesame-seed bun and crowned with shredded lettuce, sun-ripened tomato, caramelised onions, Collette’s famous deli-pickled cucumber and, finally, drizzled with their No 6 Creamy Sauce. And that’s the plainest of their plain burgers. Then there’s the other 43 options. 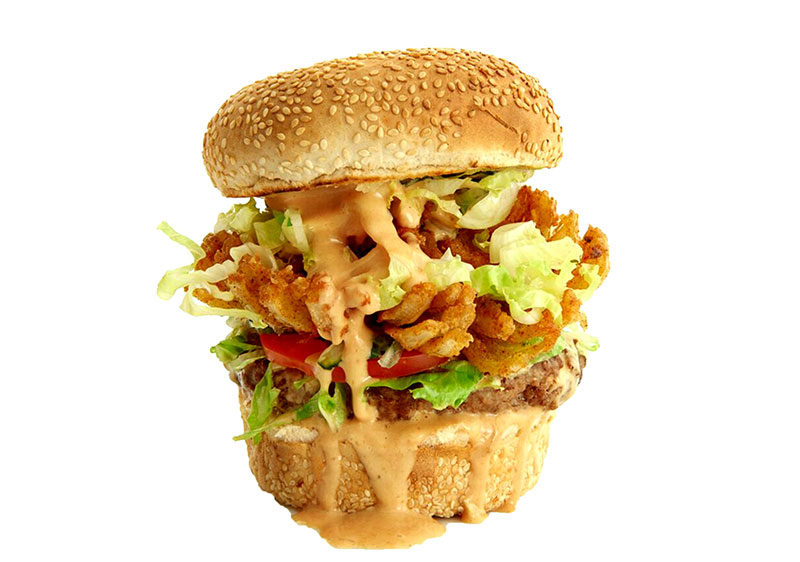 Regardless of the choice you make, the key words for any Gibson’s burger are ‘seriously saucy’ and ‘loaded’. Skimping is not on the menu here. There is what they call a small, which is a 160g patty. Add the bun, other toppings and side (sweet potato or potato fries, or half and half) and you have yourself a substantial meal that I would not call small by any means. They also have a 200g burger, and seriously pimped gourmet options. I think the bigger burger is appropriate if you are a 6-foot-7 prop forward for the Springboks who bench presses 200kg before breakfast for fun. For anybody else, the small is probably plenty. Especially because… there’s the milkshake.

Milkshake? Yes! You cannot go to Gibson’s without having one. Whether you have it with the burger or after as a pud, you can’t not. Why? Because they have 200 options. You read right – TWO HUNDRED. And we’re not talking thin watered-down versions that are mostly milk. Oh no. These are seriously thick shakes, the way they should be. 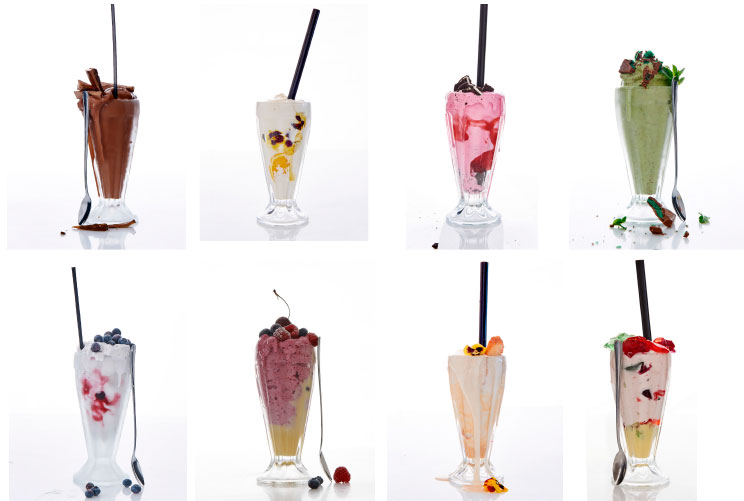 The variety is truly astonishing and I found it next to impossible to choose. Think Cinnamon Doughnut; Cheesecake; Caramel Fudge; Salted Caramel; Vanilla Chocolate Honey; Banana & Custard; Chocolate & Salty Pretzel; Apple Pie & Cream; Rose Water & Marshmallow; Orange Blossom & Pansies; Smarties; Bar One; Lindt… See, I told you, impossible to choose. They’re as pretty to look at as they are good to drink (eat?) because at Gibson’s they take the time to make their food look just as good as the images on the picture-filled menu.

If red meat is not your thing, there are chicken, pork and vegetarian burger options. And if burgers period are not your thing, they still have you covered because the extensive menu features loads of other options. They are licensed, so a beer, cider or wine can be enjoyed too. Décor wise think classy, cool, urban burger joint. It’s the kind of place where mommies don’t need to worry about kiddie spills, yet it’s slick enough for a fun date. There are loads of restaurants at the Waterfront, but the ones with a prime view of Table Mountain is where real estate heaven lies. Gibson’s has that. I left wondering why I’d never been before. I will most certainly be back – maybe not to taste all 200 shakes, but certainly to give it a good old college try.