I can think of few things less wanted than a box of chocolates with Santa on it. The day after Christmas that is. The frantic discounting of Christmas goodies post the big day amuses me somewhat. Especially when they’re on the same shelf as the Valentine goodies. These too will become undesirable in about 9 days’ time. Giving someone a box of chocolates with hearts, kittens and coochie-coo prose on it on the 15th of February is not the best idea. It says you forgot. Or you’re cheap. I’m not sure which is worse. So I imagine it’s even harder to move after-the-fact Valentine stock than Christmas stock.

Go it has to, because the chickens and bunnies are lined up to go on the shelves. It seems we are doomed to measure the passage of time in chocolate.

With Valentine’s Day in mind, I briefly entertained the idea of panna cotta hearts for this post. Or maybe heart-shaped waffles topped with something decadent. But, being a bit of a cynic, I just couldn’t do it. Not when my idea of romance is a bloke taking out the trash without having to be asked. My heart just wasn’t in it.

So here it is – my recipe for a melon and prawn salad with an Asian-inspired dressing. It’s sexy and plenty fancy enough for you to serve as a starter to your cuddle-bear/buttercup/honey-buns come Valentine’s Day.

If seafood is not your thing, you can serve this salad without the prawns. If you want to go veggie but still want a substantial salad, scatter over some toasted cashew nuts.

Toasting them is easy. Just pop them in a dry pan for a few minutes, remembering to shake them often so they brown all over.

This salad has a spicy bite, so a fruity pink with just a touch of sugar will be perfect. 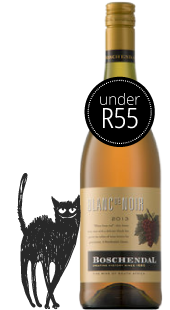