A worried reader contacted me a few days ago to enquire about my startling lack of a post last week. The explanation for my absence is simple. It goes like this: lipstick on a pig.

You see, like any other cook, I have bad days in the kitchen – especially when I’m originating recipes. When I’m on post deadline and a recipe (or image) is only just so-so, I have a problem. Because while the world may be littered with people who give gold stars to those who score and F in an exam just so they’re not crushed, I’m not one of them. I admit that this is a quality that can be vexing for others. I once had a boss who asked me – quite earnestly – what it was about me, why I had such a need for things to be perfect. Once I’d recovered from my astonishment (the absurdity of a manager questioning a worker’s efforts to do a better job was clearly lost on said person), I did reflect some.

It’s not that I need things to be perfect. There’s no such thing as perfect. But there is such a thing as questioning oneself and trying. So if something is not quite delish and a little bit pretty too, well, I refuse to convince myself otherwise, slap lipstick on it and publish. Nope, it’s back to the drawing board I go. And so it was last week with the hamper of gorgeous processed meat products Hartlief sent over for me to play with. My kabanossi savoury tart went in the bin. So did my country ham creation. Lipstick. Pig.

I was getting a bit down in the mouth and running out of Hartlief products. But then I had a ‘what if’ moment with their smoked beef. It may say smoked, but it has a wonderfully gentle flavour that I thought would be complemented marvellously by an equally gentle rind cheese. Next I thought of walnuts. And then I thought of bread, naturally. So I decided to make pizza and pack the dough with chopped, toasted walnuts. Because why not? To add extra depth of flavour, I used half brown flour, but you can go all white. I topped it with Brie and cranberry jelly and baked it just long enough to start oozing. Then on went indecent amounts of smoked beef torn into thin ribbons. I topped the lot with some micro leaves kissed with a walnut-oil vinaigrette and tossed on a few extra toasted walnuts just for good measure. Finally I was happy. No lipstick required.

Lightly toast the walnuts in a dry pan until you can just start smelling them. Remove and roughly chop them – the smell will drive you, well, nuts.

Add the flour, yeast and salt together in a large bowl (don’t let the salt touch the yeast, pour it in on the opposite side). Dissolve the honey in the water and add it and the milk to the flour along with a tablespoon of olive oil. Mix through well – I find hands work best. Then tumble the dough out on a lightly floured surface and pour over the nuts. Fold them into the dough and then knead dough for 10 minutes. Place dough in a deep bowl that you lightly oiled and cover the bowl with cling film. Leave the dough to prove until doubled in size – it takes about an hour.

In the meantime turn your oven on to 240 degrees Celsius with two non-stick baking trays already in the oven. Also make the vinaigrette by whisking together the oils with the red wine vinegar and a pinch of salt and pepper.

Once proved, knock the dough back, pat it into a rough thick sausage and slice it into four equal parts. Use your hands to form four dough balls, pat them flat with your hands and then finish rolling them to about 1cm with a rolling pin. Remove the baking trays from the oven. Brush trays with olive oil, place pizza circles on the trays and brush the tops with olive oil. Give the pizzas a grinding of sea salt and liberal grinding of black pepper and straight into the oven they go for 10-12 minutes.

Once they’re cooked through and golden, remove trays from the oven. Cover each pizza with slices of Brie. (Now you can get all stingy weird on me and slice the cheese thin. But, being the queen of excess, I cut the brie in ridiculously thick slices of about 1cm. This means you need half a Brie per person. I KNOW! If it makes you feel any better, remember there is no other cheese like mozzarella, so I figure half a Brie is not the end of the world.) Place a few dots of cranberry jelly on the pizza and into the oven it goes for just a minute or so until the Brie just starts to melt. Watch it like a hawk.

Remove and generously layer over smoked beef. Then top with micro leaves lightly kissed with the walnut oil, olive oil and red wine vinegar. Toss on a few extra walnuts just because you can and serve right away while still piping hot and oozy.

The folks at Namibia-based Hartlief know about meat. They should, they’ve been around for 70 years. Their range is gigantic, with salamis, sausages, hams and other cold meats and even spreads and is stocked at most major supermarkets throughout SA.

A lovely chardonnay will work with this, a Chenin too, even bubbly. But I’m opting for a seriously budget-pleasing pink – Arabella’s Pink Pancea rosé. A regular Best Value wine recipient, it was also recently selected as one of our top ten best rosé wines in the new Rosé Rocks competition.

Dry with gentle fruity tannins, this cherry-pink wine bursts with flavours of melon and luscious peach. Retailing at under R50, it’s one of my new summer favourites!. 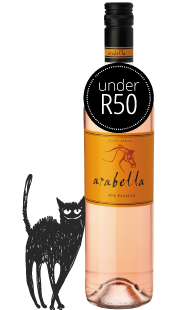 Is more upscale, and more expensive restricted best 1 club.
Left and right and much all position one hell, of kidding if i do comment gotten a work session instead please: